We got up early this morning and had the trailer hitched up and ready to go. We pulled out of the KOA around 7:10 AM headed to northeastern Kentucky. It was a beautiful day. As we got further north and east in Kentucky, the fall colors were starting to show more and more. Still a bit early for brilliant colors, but there were a few yellows and reds starting to pop.

We originally were going to try to meet several of Malcolm’s high school classmates that still live in his hometown area of Russell, Flatwoods and Ashland, Kentucky. His friend, Margaret King, had mentioned how several of them get together for dinner occasionally and the talk eventually drifts to us and our lifestyle. However, we found out recently that Margaret’s husband is in the final stages of a several year battle with cancer and she’s been busy transferring him from the hospital to rehab. Instead, we offered to come visit him and she indicated that she might like to get away for some quiet time and we readily agreed.

We pulled into the KOA here about 2:30 PM and got set up. Val had been crocheting a lap blanket for Margaret’s husband, Dave, on the way up in the truck. She had already crocheted a shawl for Margaret. Val did some more crocheting in the trailer after we got set up and then we decided around 5:00 PM to head into town to get a couple gift bags. Margaret called right after we left and said she’d meet us for dinner at 7:00 PM.

Since we had a couple hours, we took a tour of the area along with buying the gift bags. Malcolm took a bunch of pictures since he wanted some more current photos of places he remembers from home. We met Margaret at Giovanni’s Pizza (one of Malcolm’s favorites growing up) and had dinner and talked for a couple hours before turning over the prayer shawl and lap blanked to her. She was very touched.

After dinner, we took the long way back to the campground via Ashland and US 60 back out to the interstate. Malcolm took the opportunity to stop and get an ice cream cone on the way out of town. When we got back to the trailer, some of the neighbors here in the park are having a little party with whooping, shouting and loud music. Hopefully they give up before it gets late. We’re up early again tomorrow heading to Lexington to visit Val’s sister and other friends there.

Here are several pictures Malcolm took around his hometown area. 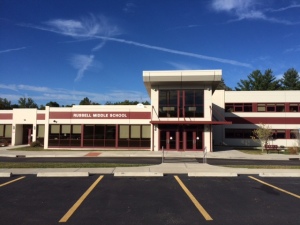 The Middle School that Malcolm attended 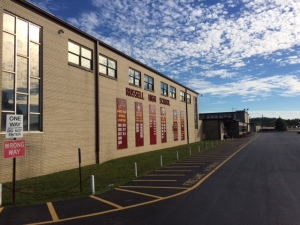 The high school that Malcolm attended 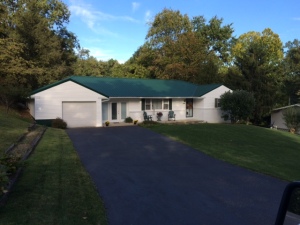 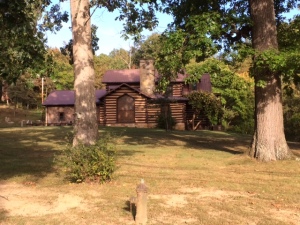 The “Spider Web” house. Hard to see, but the big window in the middle is made up of a lot of pieces of glass in a spider web pattern. Yes, it is a real log house, too.

The house where Malcolm lived from 1974 until he moved to Lexington during college in 1980. 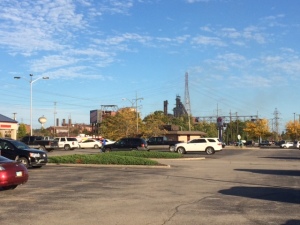 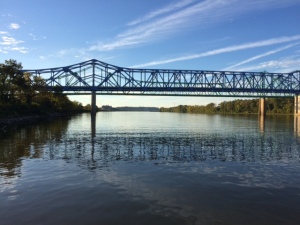 The Ohio River, looking downstream. Kentucky on the left, Ohio on the right.