Today we traveled across windy South Dakota, turning south on I-29 at Sioux Falls and continuing on until we almost ran out of state. We are currently in the small southeastern tip of South Dakota, between Nebraska to the west and Iowa to the east. The campground is nice, a bit crowded and busy with families (which you would expect from a KOA on a warm fall Saturday).

Once set up here, we cooked dinner outside on the grill and did a couple loads of laundry. Before dinner, Malcolm gave the black tanks a good flushing and emptied everything out. He also did a couple minor repairs around the trailer. 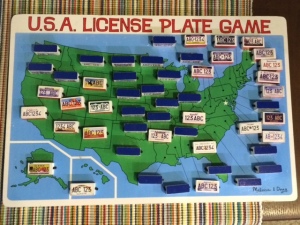