We’ve been so busy having fun and traveling, and Malcolm has been busy working in-between, so our blog has not gotten a lot of attention lately. This is the first of a few posts to catch up.

We were in Kentucky from Thursday, September 15th through Monday the 18th. On Friday we headed over to the Horse Park to visit and to go horseback riding. We picked the first horseback ride of the day (11:00) since it was supposed to be pretty hot in the afternoon.

Val is saddled up and ready.

A group of horses watches us ride by. 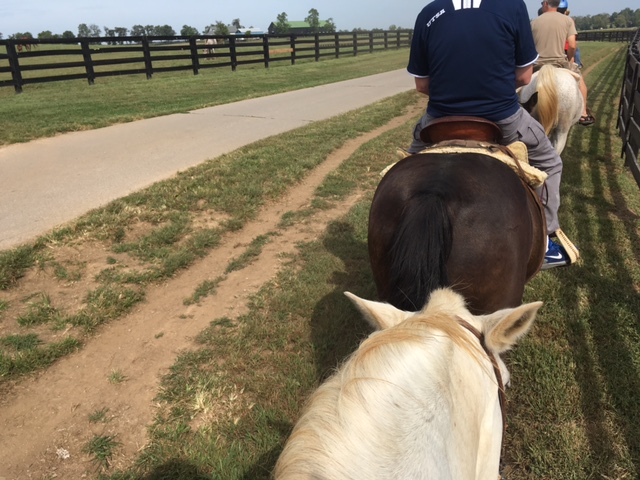 It may be “nose to tail”, but still fun.

Before and after the ride, we wandered around the Horse Park. It’s not an uncommon sight to see folks (typically volunteers) sitting or riding around the park on horses.

A couple of costumed riders outside the main building.

We wandered through a couple of indoor exhibits since it was pretty hot outside and there weren’t many horses outside.

Full-size diorama in the history of horse museum. 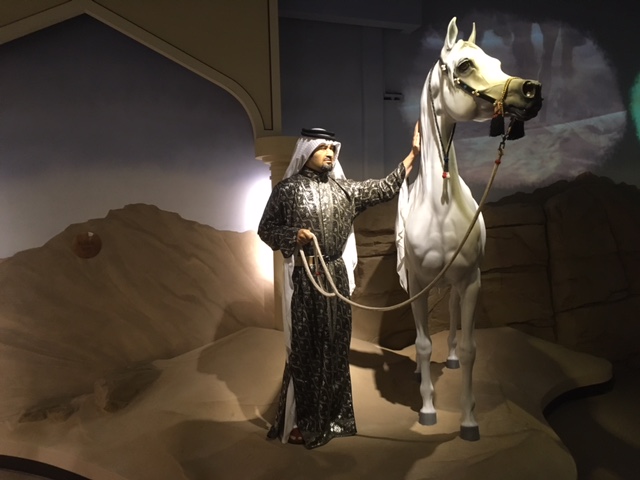 Exhibit in the Arabian Horse exhibit

On Saturday, we headed to Paris, Kentucky to take in the annual Secretariat Festival. The festival celebrates the famed racehorse, Secretariat. A good friend of ours – Patrick the Miniature Horse – is the official mascot. We hung around with he and his owner, Sarah, and her mother.

Patrick, Sarah and her mother talking to Val.

Each year, they usually have a few people show up to sign autographs. This year, Secretariat’s jockey, Ron Turcotte, and his exercise rider, Charlie Davis, were in attendance. Last year, Secretariat’s owner, Penny Chenery, was also there. She didn’t make it this year. 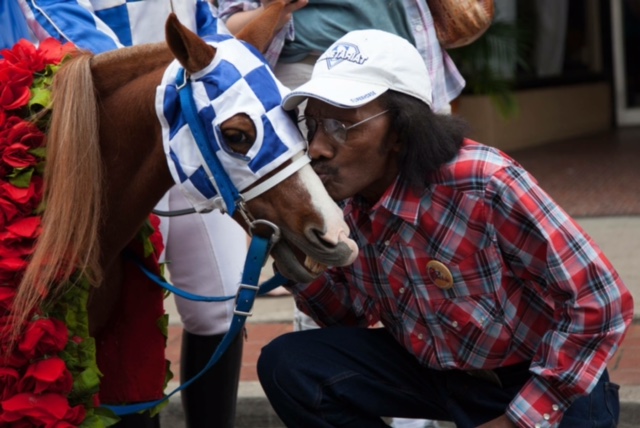 After the downtown festivities, we followed Patrick, Sarah and her mother out to the fairground where Patrick was giving a demonstration of his jumping abilities. It ended up starting to rain just as his turn came. He did his best, though.

We said our goodbyes to Patrick, Sarah and her mother and headed on back to the trailer where we entertained Val’s sister Anne and our niece, Jasmine, for dinner. We visited for a while until they had to leave.

Sunday morning we drove down to Nicholasville and attended church with Malcolm’s Aunt Margaret and Uncle Jerry. After church, we went to Margaret and Jerry’s house for lunch. We were joined by cousins Lary and Dale. We visited most of the afternoon.

When we left Nicholasville, we headed to Columbia’s Steak House in Lexington to have dinner with some friends, then back to the trailer to start packing up for our move on Monday.

On Monday, we packed up, hitched up and headed down to Chattanooga, Tennessee for a Heartland Owners Club rally. We’ll cover that in the next catch-up post.