On Monday, we headed over to the Magic Kingdom mid-morning. We wandered around but didn’t ride any rides. We had a lunch reservation at the Be Our Guest restaurant at 1:20 PM. The food was good and the atmosphere kinda neat. Even though we looked months ahead, we couldn’t get a dinner reservation there.

Lunch with Belle and the Beast

After lunch, we headed back out and caught the monorail over to Epcot to stroll around for the afternoon.

Here comes the monorail (“Please stand clear of the doors”) 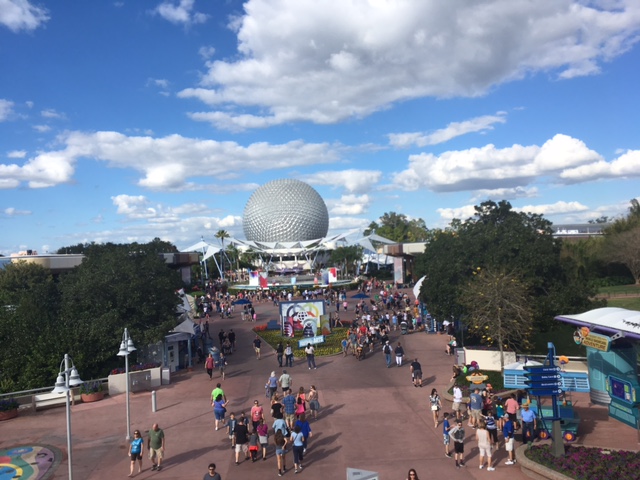 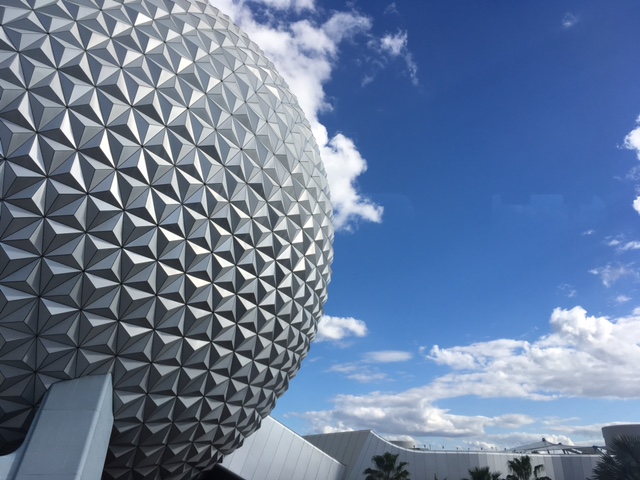 After wandering around Epcot, we took the monorail and the boat back to the campground and had dinner at the trailer. We decided this trip to eat more meals in since we have an annual pass and don’t feel like we have to spend all day at the parks to get our money’s worth.

On Tuesday, we decided to go out for a leisurely bike ride down to the riding stables to make a Thursday reservation. That’s when we found that Val’s bike needed to be repaired. The bearings in the bottom bracket (pedal crank) were very loose. We loaded up the bike on the back of the car and took it to Evolve Bicycle Shop near Disney. They told us they could fix it and it would be ready on Wednesday. We stopped by the Publix supermarket nearby and brought home some groceries.

Among the groceries we bought were some nice pre-made salads that were on sale. We each had one for lunch when we got back home from the bike shop and grocery store.

After lunch we decided to head over to Animal Kingdom for the afternoon. We wandered around for a while, Malcolm rode the Expedition Everest rollercoaster twice, then we headed back to the trailer for dinner outside. We had a nice sunset Tuesday evening. 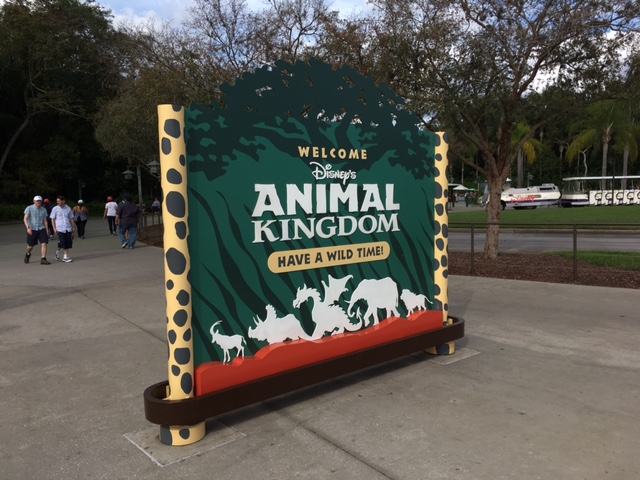 Wednesday morning, we headed out to tour around the local area. We ate lunch out at a nice little Italian place that had excellent pizza. We dropped by the bike shop as we hadn’t heard from them by mid-afternoon. They were getting ready to work on the bike and said it only takes about 20 minutes, so we waited while they finished up. We took the bike back home, had dinner at the trailer, and headed over to Disney Springs to stroll around for the evening.

This morning we got up, had breakfast late and headed out the door for our horseback ride. Since we were running a little close on time, we drove the car to the riding stables and parked in the parking lot nearby. We had a very fun and relaxing ride.

Val and her horse Lincoln 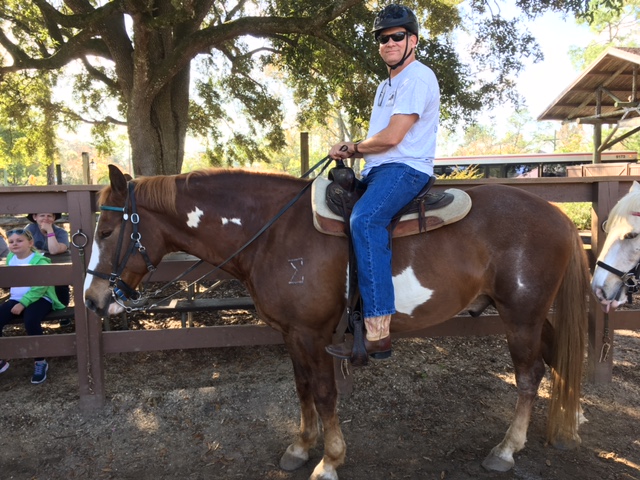 Malcolm and his horse Brutus

After our ride, we headed back to the trailer to eat lunch. While eating lunch, we decided to see if we could make dinner reservations at one of our favorite restaurants at the Hollywood Studios park – the 50’s Prime Time Cafe. We scored a 7:00 PM reservation and headed over to the park later in the afternoon.

Malcolm rode the Rockin’ Rollercoaster and the Hollywood Tower of Terror rides. We walked around the park for a while and rode the movie ride before heading to the diner for dinner. Once dinner was done, the park was getting ready to close, so we headed out the front gate with the throng of people that had just finished watching the fireworks display. Once back to the trailer, we were worn out. Val headed on to bed, and Malcolm sat down to relax and write up our blog entry.

At the Tower of Terror, in the lobby

Tomorrow we’re headed down the road to Tampa to wander around the RV show there.