We’ve been spending the week here at Jonathan Dickinson State Park. We stayed here for a day last year and really liked the park, so we made reservations for a week this year. Since Florida’s state parks fill up quick in winter, we have actually had this reservation for 11 months (the window of time in which reservations can be made).

Though the weather started out fairly cool, it quickly warmed up during the week. It has been in the upper 70’s every day with mild evenings and no rain at all. We’ve also been treated to really pretty sunsets about every evening. Here are a couple: 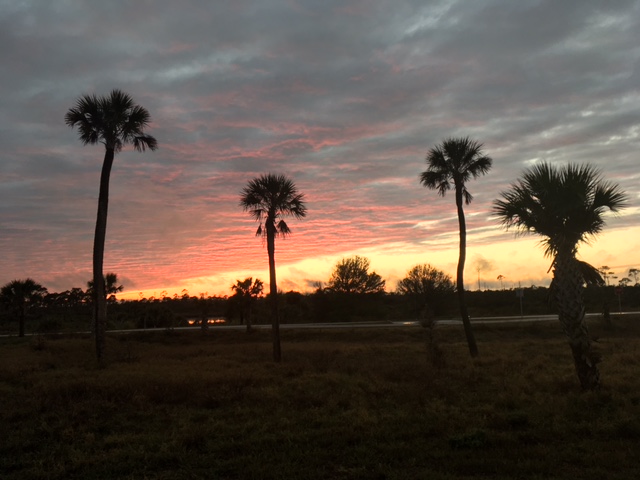 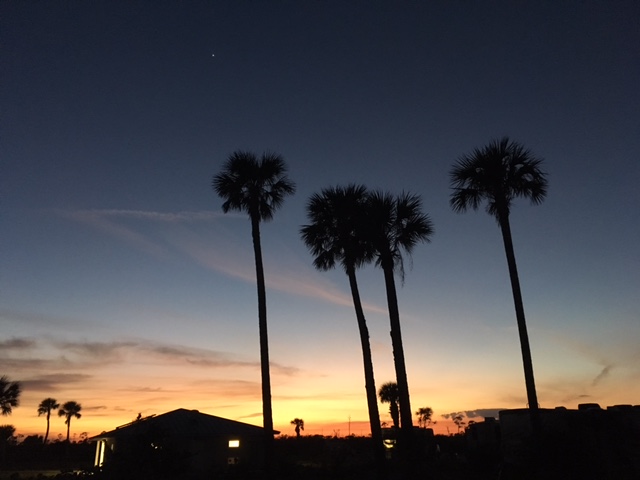 Malcolm has gotten in a fairly good amount of work this week, though he was running out of stuff to do by the end of the week. Otherwise, during the day, we have gotten in a little sightseeing. On Wednesday, we drove down to Jupiter, Florida and stopped to take a tour through the Jupiter Inlet Lighthouse. Malcolm climbed the lighthouse stairs to the top to see the views while Val stayed firmly planted at ground level. 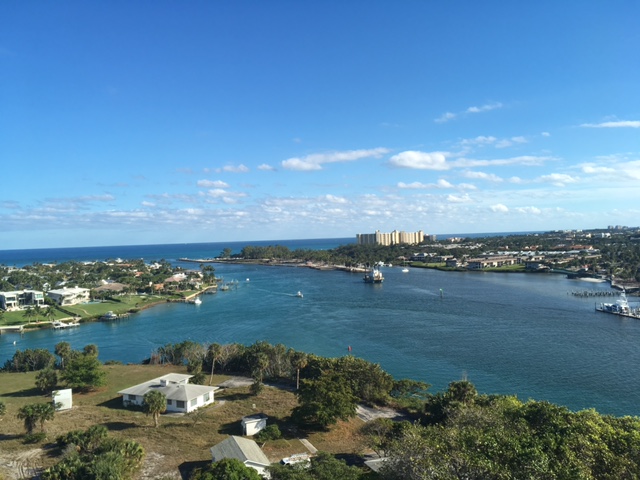 View of Jupiter Inlet and the Atlantic Ocean in the distance 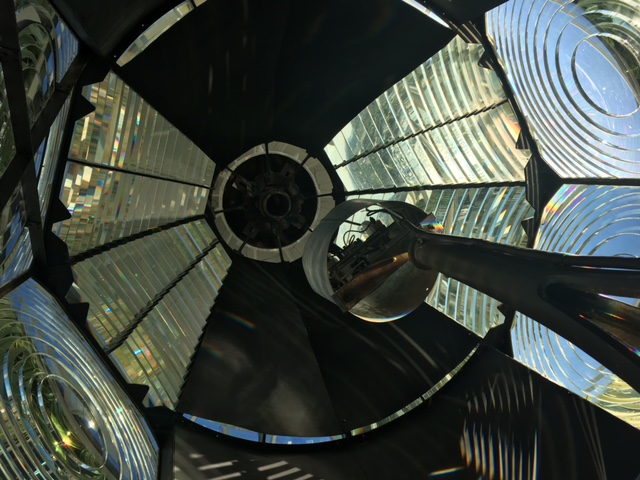 Looking up inside the light

On Thursday, we drove down the coast to find a good place to walk on the beach. Having public restrooms was another criteria, so we drove for a bit and ended up at Juno Beach Park. It was a beautiful day to walk along the beach. Though there were a lot of people enjoying the weather, it wasn’t super crowded and there were plenty of parking spaces in the parking lot. 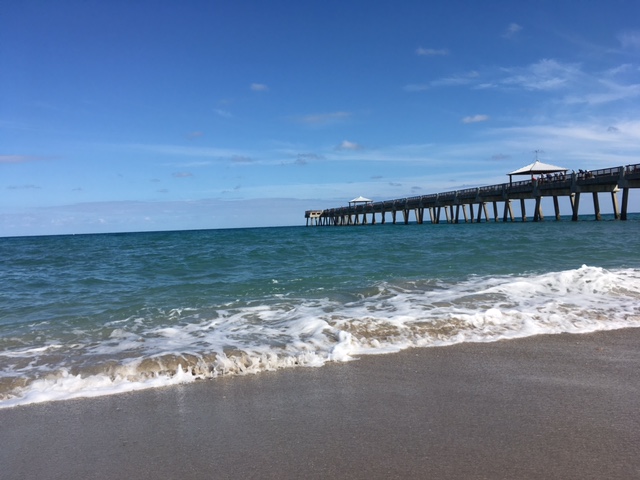 We walked down the beach about 1/2 mile, then turned around and headed the other way about 1/4 mile past our starting point before heading back to the car. Along the way, we found a few small shells and some neat flat rocks that had washed up in the surf. At one point, Val found a big piece of shell sticking out of the sand but could not pull it out. Malcolm dug it out after a bit of effort and we were rewarded with a huge shell. Nothing was living in it and it had some dents and dings, but it was a great find. We took it with us.

Malcolm did a few activities on his own while Val took care of some of her projects back at the trailer. The state park has a nice set of mountain bike trails (and paved riding trails) that he wanted to check out. He got a few miles in over the course of the week. It helped remind him how out of shape he was, though. 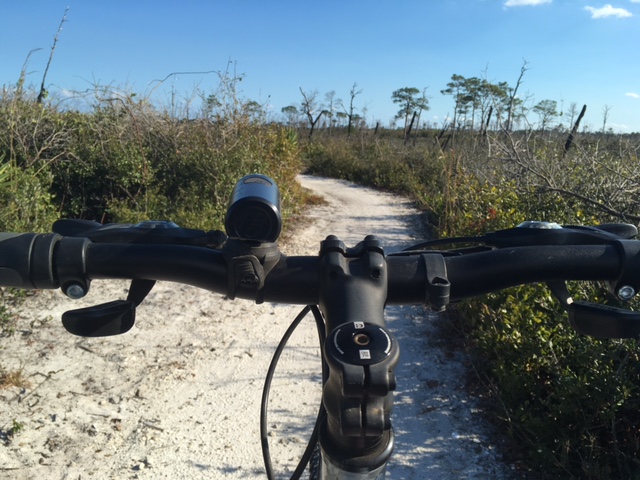 Malcolm also went horseback riding. The park has a horseback riding concession that is essentially first-come, first-served. When Malcolm drove up, they were loading up a group of riders on horses. After the group left, the person in charge signed up Malcolm and another couple that had just arrived. Since most all the horses left on the ride just before, Malcolm figured he would have to wait for a while (it’s a one hour ride).

Instead, the employees asked Malcolm if he minded riding by himself along with one guide, since they had just two saddled horses available. Malcolm said yes, and he and the guide headed out for a quiet one hour ride with just the two of them. 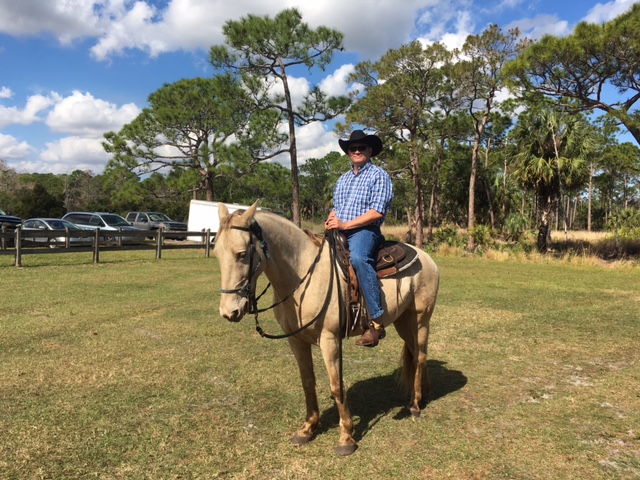 Back from the horseback ride

Today we headed up the coast to do some shopping. We picked up items for a few different craft projects and ate lunch at Chick-Fil-A, the only meal out we’ve had all week. We also filled up the car with fuel on the way back to the campground since we’re heading out tomorrow morning. We filled up the truck on Friday evening for the same reason.

We’re heading back north tomorrow, but will still be in Florida for a while.