We said some of our goodbyes Sunday morning before we left the fairgrounds in Goshen and we hit the road about 8:30 AM. We drove down to Cicero, Indiana, just north of Indianapolis. We wanted to stop overnight in that area to visit Malcolm’s Uncle David and Aunt Judy as well as assorted cousins.

We arrived at the campground (after having made a previous reservation) a couple hours before check-in time. Fortunately, whoever had our spot before us had already left, so we were free to get set up on our site. 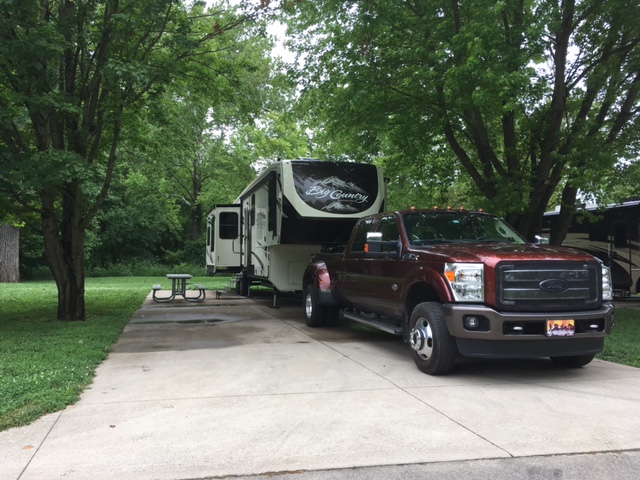 Our Site at White River Campground

Once we were set up, we headed out to Forest Park in Noblesville, Indiana to meet Uncle David at the Fathers’ Day car show going on there. We viewed a few cars, then had hot dogs and sides for lunch. After lunch, we walked around a bit more then decided to head over to Uncle David and Aunt Judy’s home to visit.

At the Car Show 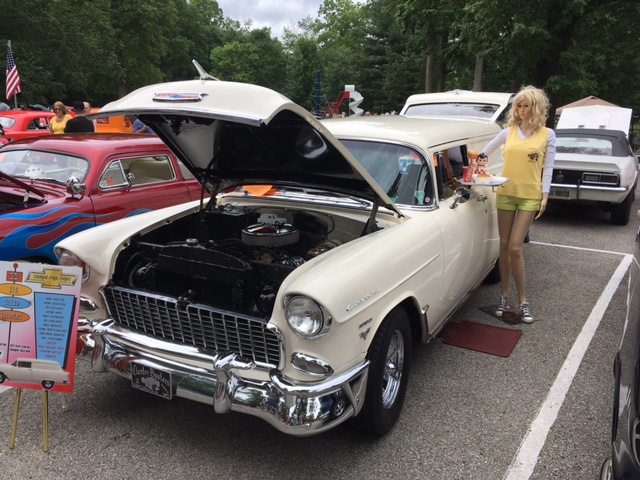 Malcolm and Uncle David took a tour of the various hobby displays around the house, including the outdoor garden train layout and the basement slot car track. 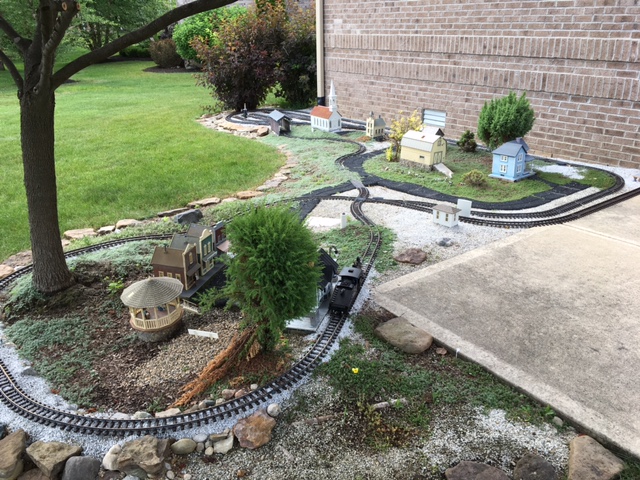 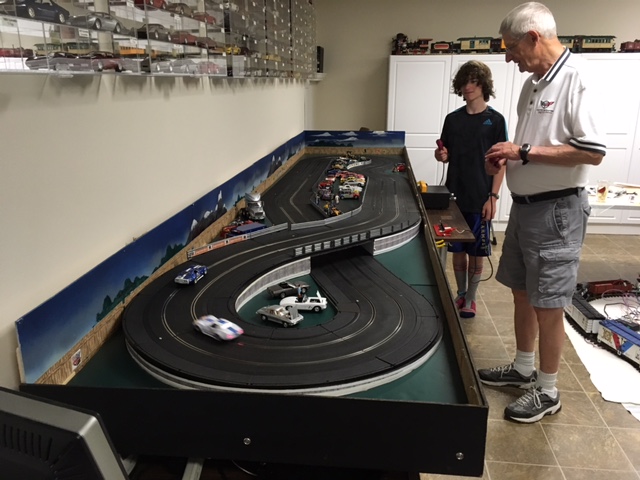 Cousin Luke and Uncle David in the heat of the race

After visiting for a while, we headed out to have dinner at the local BBQ place and dessert at the ice cream spot next door. We said our goodbyes after dessert and we headed back to the campground by way of a fuel stop.

This morning we headed out fairly early and started down the road. We weren’t sure exactly where we were going to stop, but we were making good time. Instead of driving really far, we actually stopped a bit short and landed in Bowling Green, Kentucky at the KOA here. 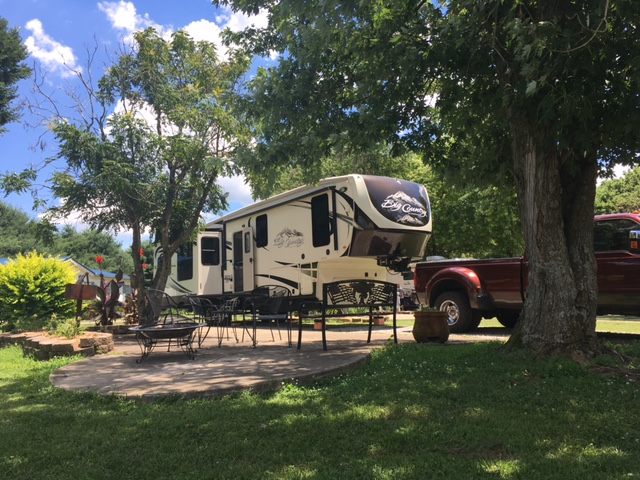 Our beautiful patio site at the KOA

Once set up, we headed across the interstate to shop at the Camping World here. While hooking up the water, Malcolm kept running into water leaks and issues, so he decided to just replace both the water hoses, all the quick-couplers and replace the water pressure regulator he left at the previous campground (it’s been a while since we’ve left behind a pressure regulator).

For dinner, we headed across the interstate again and ate at Cracker Barrel. On the way back to the campground, we stopped by a park near the campground that had several aircraft sitting around on display. It was a really nice and interesting park to visit and a nice surprise.

It turns out that all the aircraft were flown by local aviators over the years. Each plane had a nice plaque in front of it that told all about the plane and the celebrated aviator associated with it.

There was also an FM transmitter that had a narrative being broadcast. If it were raining, you could back into a parking spot (where you could see all the aircraft on display) and listen to the narrator describe each plane and the aviator associated with it.

We finished visiting the park and headed back to the RV for the night. Tomorrow we head out and will be traveling back to Wetumpka, Alabama for a couple nights. Malcolm has a dentist appointment Wednesday morning and we’ll be clearing out our storage unit there and packing it all into the truck, car and trailer to take down to Florida.