On Friday afternoon, we arrived at our next destination – Greenbo Lake State Park campground. Malcolm has been to Greenbo many times, and has tent camped with his family in the late 1970’s, visited his grandparents when they stayed their with their Airstream and has also hiked and camped there as a Boy Scout in the early 1970’s.

Our site at Greenbo and (curiously) half a tree

The site was long enough to park our trailer and our truck and still have enough room for maybe three more cars. After we got set up, we drove up to the State Park lodge and had lunch there. Later in the day, we drove on into Flatwoods, Kentucky and stopped at Crisp’s for some ice cream (late afternoon).

At 6:00, we all met at Malcolm’s high school (Russell High School) for his 40th reunion get-together. There were quite a few classmates there. It was funny because the sign inside the front door said that the get-together was in the library. Many of Malcolm’s classmates were wandering around trying to remember where the library was. Since Malcolm worked in the library his senior year, he remembered it well. 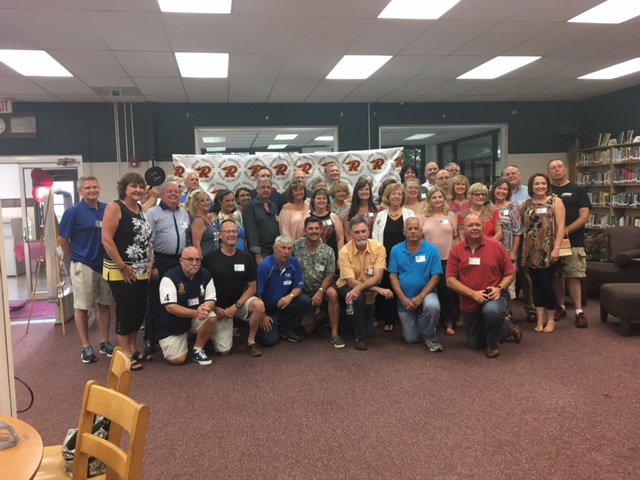 We all visited for about an hour and a half, then retreated to Blazer’s Restaurant (formerly the Chimney Corner Restaurant) in Ashland, Kentucky for cocktails and dinner. We headed on back to Greenbo after visiting there for a while since it was late and the drive out to the park is on dark, twisty country roads.

On Saturday, we ran some errands and did some shopping. We stopped by the Ashland mall so Val could pick up some items at JoAnns and we had lunch at Panera Bread. We swung by the grocery store on the way back to the trailer to get ready for the evening’s festivities.

After cleaning up, we headed back into town via the new bridge between Russell, Kentucky and Ironton, Ohio. We drove across, turned around and drove back just to say we did. It’s a very nice looking bridge and you can see the tall towers from miles away in either direction. 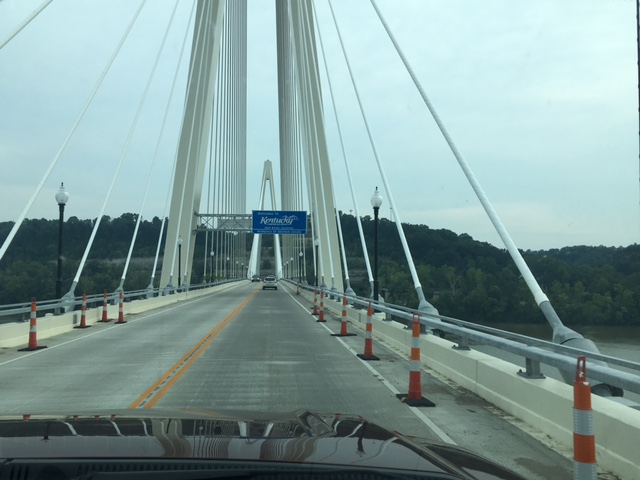 Heading back into Kentucky

The Saturday evening festivities were held at the Bellefonte Country Club. There was a really good meal served and a band played music while those who wanted to danced the night away.

People filtering in for the evening

Malcolm had a great time catching up with many friends, some of which he hasn’t seen in many years. 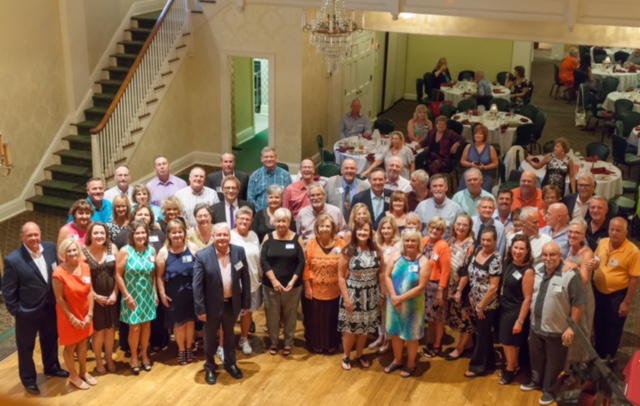 We all visited, danced, ate and laughed until late into the evening. We headed out just as a line of thunderstorms was rolling in. We drove back to Greenbo fairly slowly, between rain and lightning adding to the fun.

On Sunday morning, we headed into Flatwoods to attend church at Advance Methodist Church with Malcolm’s classmate, Margaret King. While there, we ran into two of their high school teachers and one of Malcolm’s old neighbors that used to go to church with Malcolm’s Mom prior to her passing. 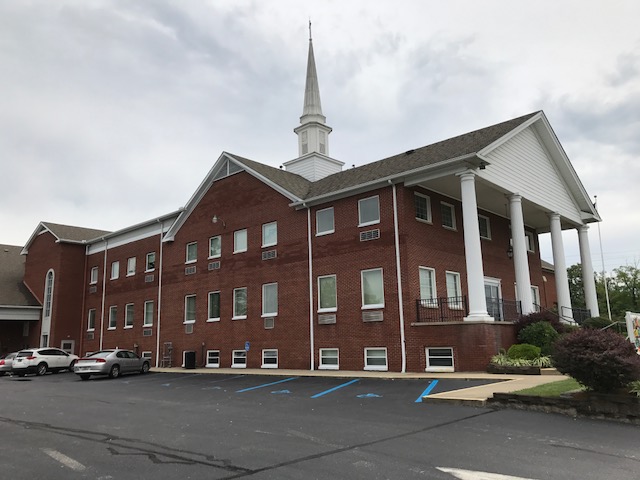 After church, we headed out to Greenbo and several of Malcolm’s classmates joined us for the lunch buffet at the lodge. Though it was an unofficial event, it was great to see a few people in a smaller, quieter atmosphere. We ate, sat and talked until it was almost dinner time before saying our final goodbyes.

Back at the trailer, we cleaned up a bit, put things away and generally got ready to leave early on Monday. Malcolm drove into Greenup to fuel up the truck, but otherwise, it was just a quiet, relaxing evening after a weekend full of fun and visiting old friends.

The creek running through the campground

On Monday, we got hooked up early and headed out, now heading westward to visit the children and grandchildren in a couple weeks.