We arrived on Friday to a very smoky campground in Deer Lodge, Montana. There are forest fires somewhat close by and there was little wind and hot weather making things a bit worse. 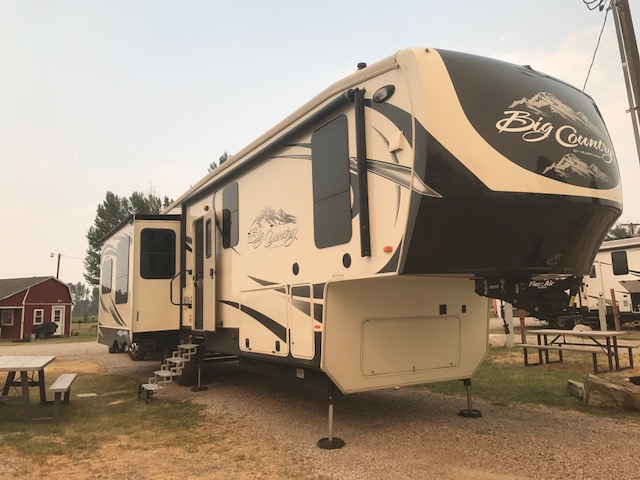 Our spot in Deer Lodge

The smoke was thick enough that it was nearly blotting out the sun and casting an orange glow on everything, which is evident in the picture of our trailer, above. 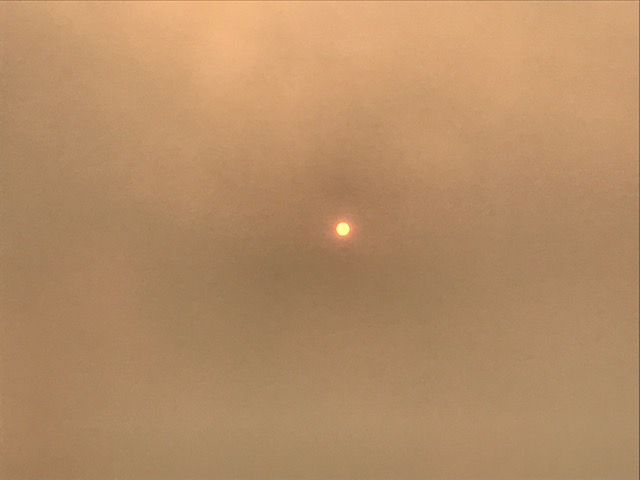 Later in the afternoon, the wind picked up and blew most of the smoke away, leaving a mostly blue sky for us.

On Saturday, we didn’t do much other than some grocery shopping and laundry. Malcolm was feeling bad on Friday and Saturday. We think it might be a side effect of some allergy meds he is taking.

On Sunday morning, we were moving slowly since our next stop was in Missoula, only about 80 miles away. The plan was to hit the road around 11:00 AM, which gave us plenty of time to get things ready to go. It was a good thing, too. When Malcolm went out to the truck to get it ready to hitch up, he turned on the tire pressure monitor as he always does and it started beeping that one of the trailer tires was low.

After checking the tire in question with a tire gauge, Malcolm determined that the tire was indeed very low on air. He got the spare tire down and after we pulled in the slides, Malcolm pulled the low tire off the trailer and put it in the back of the truck. A screw was visible in the tread. 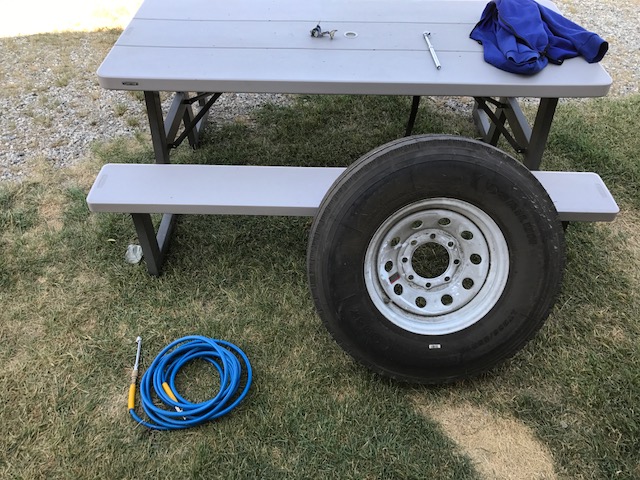 Checking the air in the spare

With the spare aired up to the right pressure, it was put on the trailer and we hitched up and headed out. We didn’t figure we’d find anywhere to fix our tire in Deer Lodge on a Sunday. We were fairly confident that we could make it the 80 miles to Missoula without a spare tire (we did).