Our first stop on the way back east was at the Spokane KOA. The trip through Washington wasn’t too bad. Leaving at the end of rush hour on  Monday wasn’t terrible, traffic-wise. Washington was still a bit smoky from forest fires, but not near as bad as last year.

The only small thing we ran into was that the site the KOA assigned to us was (still) occupied by an RV (we were in well past check-in time). We called the office and told them a couple nearby sites that were empty and they reassigned us to one of those. We left the truck hooked up to the trailer since we had recently filled the tank and didn’t need to run any errands. 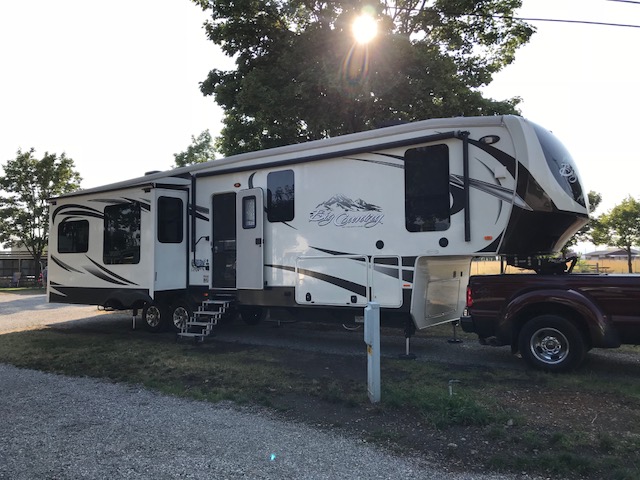 Our second stop along the way was our favorite little KOA in the middle of Deer Lodge, Montana. We’ve apparently been here enough that the owner remembered Malcolm’s name. We unhooked here and Malcolm headed downtown to pick up a couple grocery items and fill the truck with fuel. He also did a little photography while out on his errands. 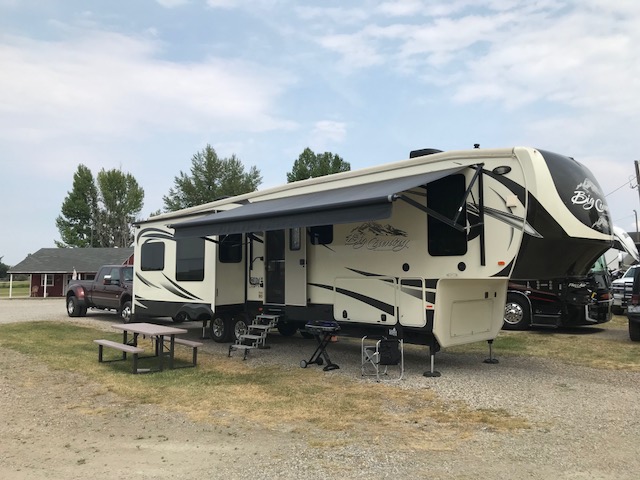 We stopped in Red Lodge, Montana for three nights so we could do some sight-seeing for a couple days. We stayed in the same KOA that we attended a rally in last year. 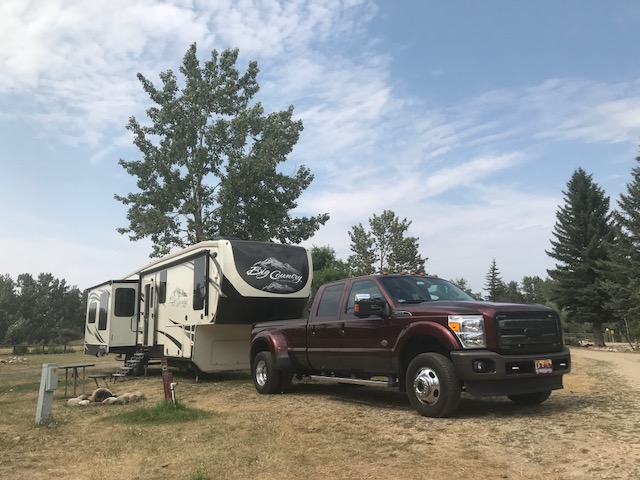 The rally organizers, Tom and Sherry Egenes, still have their respective businesses in downtown Red Lodge, so we stopped in to visit both of them our first full day there. We also did some shopping while we were there. Lunch was at the local pizza place. 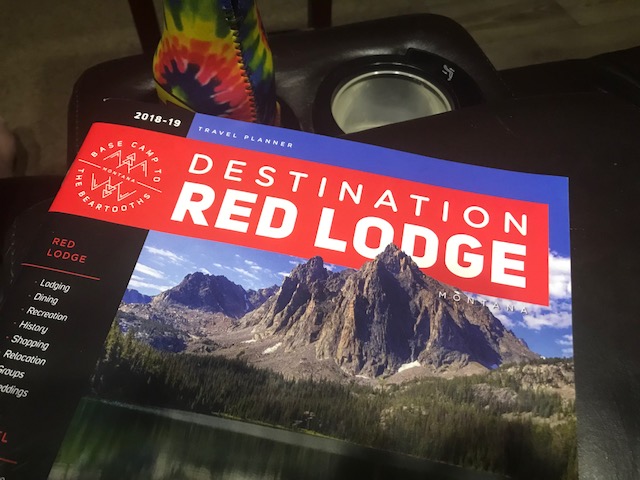 After a little more shopping, we headed to Red Lodge Ales so Malcolm could sample some of their beers so he would know which ones he wanted to pick up at the store. We also picked up a couple souvenirs while we were there. 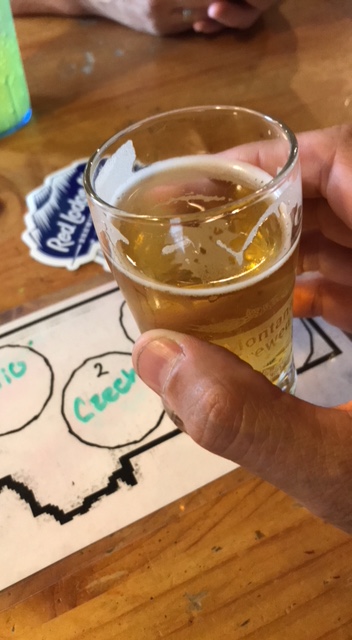 That evening, we drove over to Absarokee and visited with Malcolm’s cousin Sue and her husband Rich. We had a fun visit and met them at the Cowboy Bar restaurant for dinner. We said our goodbyes there and we headed back to the campground.

The next day we took a day trip with the truck (but not the trailer) over the Beartooth Highway. We drove about 38 miles of it to the Top of the World gift shop. We bought a couple souvenirs and turned around to head back to Red Lodge. 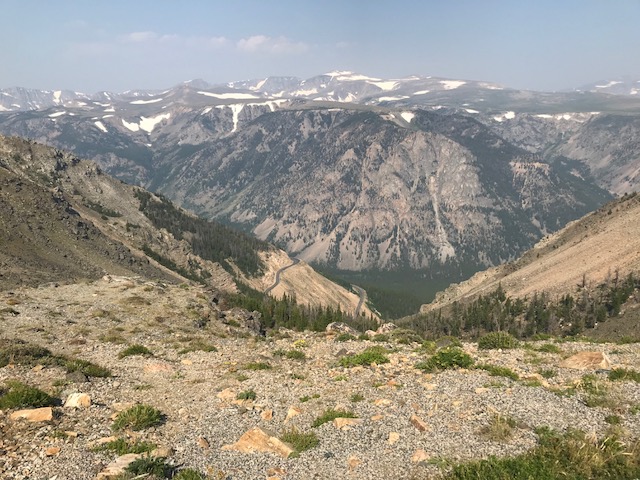 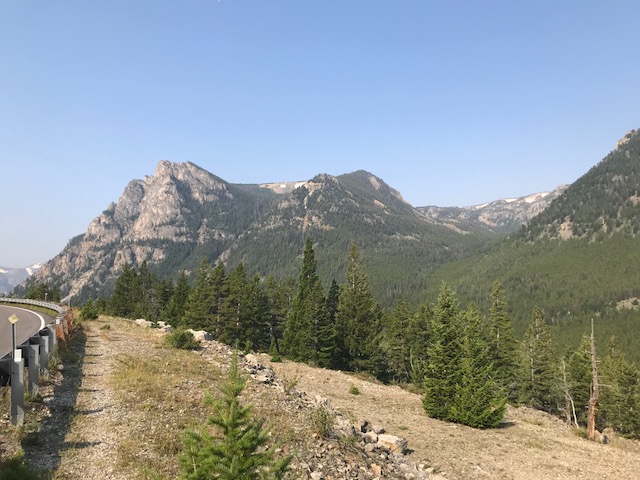 Malcolm took a lot of pictures with the big camera. They are posted in his gallery [HERE].

Once back in town, we had a late lunch at the Red Lodge Ales brewery (downtown was really busy) and did a little more shopping downtown. We also picked up some groceries at the store and headed back to the trailer for the evening. We stayed in and ate dinner at the trailer.

We left Red Lodge and headed on to Buffalo, Wyoming, staying in the KOA there. The only trip out we made was to fill up the truck with fuel nearby and then walked through the store at the KOA office, picking up some postcards. 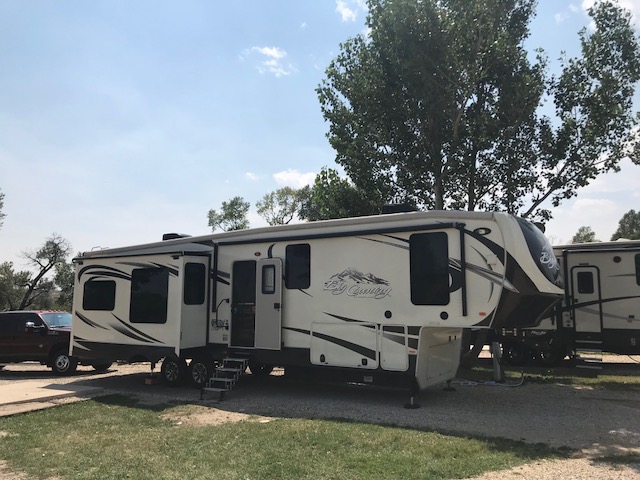 Malcolm wandered around and dipped his toes in the creek that runs behind the campground (cold, as expected). He also went to mail out some postcards we had written to different people. On the way to drop them off at the front office, he found these two young rabbits (and later, their mother), frolicking in the grass near the main building. 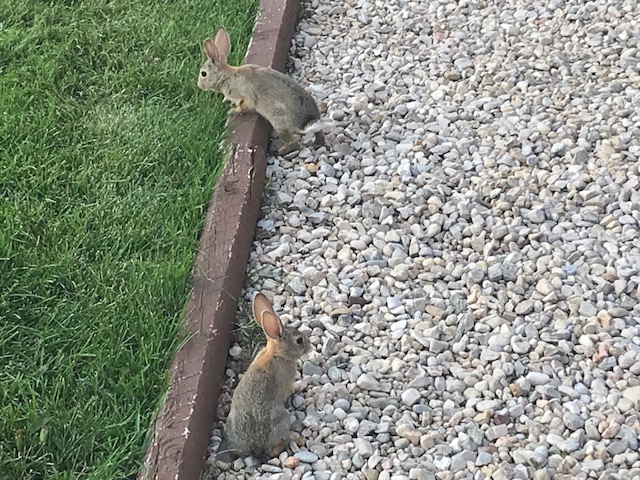 As we were hitching up the trailer to leave, Malcolm found this painted rock nestled in the trunk of the tree next to our site. On the back was instructions on logging your find on a Facebook page (Casper Rocks). You can keep the rock, or re-hide it either in the same spot, or, as we did, in a new spot. We thought the rock might enjoy a trip to Wall, South Dakota, so we took it with us. 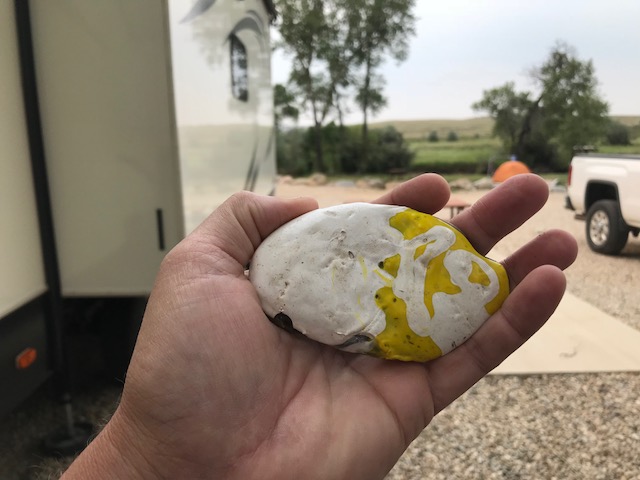 We had an uneventful drive to Wall, South Dakota. There were hundreds of motorcycles on the road (and in Wall) due to the nearby yearly bike rally in Sturgis, South Dakota. 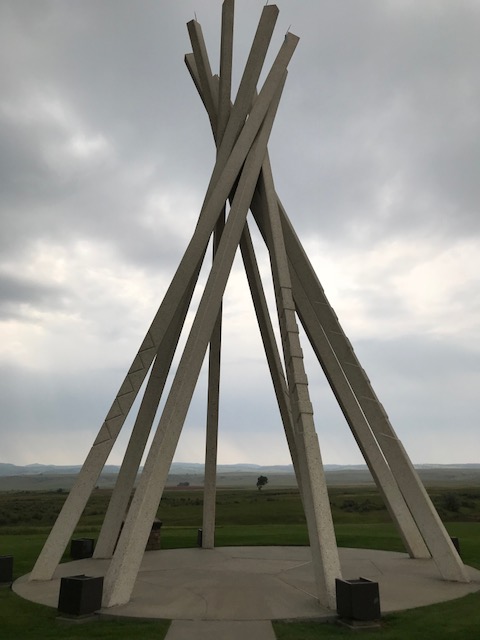 We set up in the Sleepy Hollow Campground, which is only a couple blocks from the famous Wall Drug complex. While we could have walked over, we elected to drive over in the truck so that we could subsequently run by the gas station and fuel up while we were out. We bought a couple souvenirs and did some Christmas shopping before heading out to the gas station, then back to the trailer. 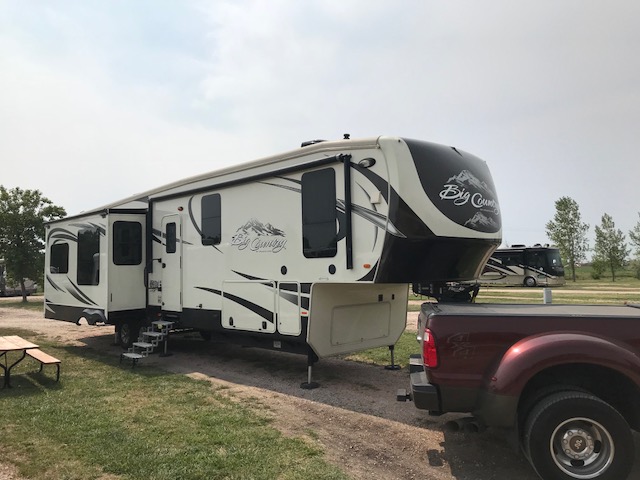 Malcolm found a place to hide the painted rock in the campground. On the way back to the trailer, he was stopped by one of our neighbors who was interested in both our Florida license plate and the University of Kentucky sticker on the back window of the trailer. As they talked, Malcolm found out that the other gentleman and his wife live in the next RV resort south of ours in Florida (less than a mile away). He also grew up in Kentucky about an hour from where Malcolm lived as a child. Small world!

Malcolm had made our reservations here based on three things we expected to do in the area. The first was to get the truck serviced. Based on our mileage, Malcolm saw that we would be in this area about the time the oil change was due and that there was a Ford dealer almost across the street from the campground. As it turns out, the “Change Oil Soon” indicator came on literally 40 miles before we got here. 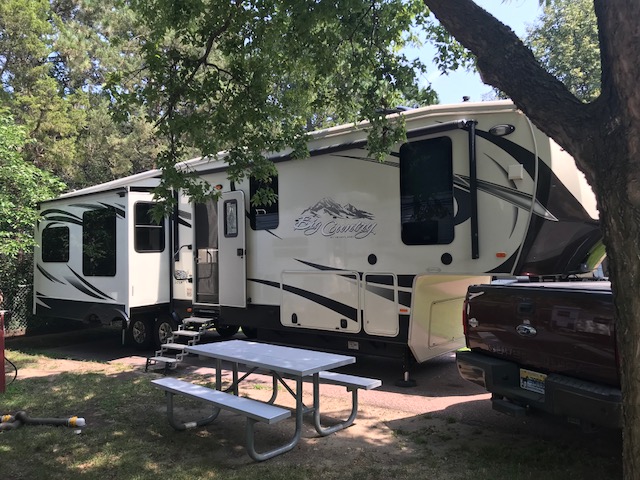 Our site at Lake Mitchell Campground

The second reason we chose this stop was that Val wanted to take a day trip to De Smet, where one of Laura Ingalls Wilder’s homesteads is located. And the final reason was to visit the Corn Palace (again) while we are here.

We got set up here about 3:00. Malcolm called the Ford dealer to see what day we could bring the truck in for its service. They indicated that they had an opening an hour later at 4:00, so we took that appointment and Malcolm headed over to sit at the dealer while they did the work (about 45 minutes). 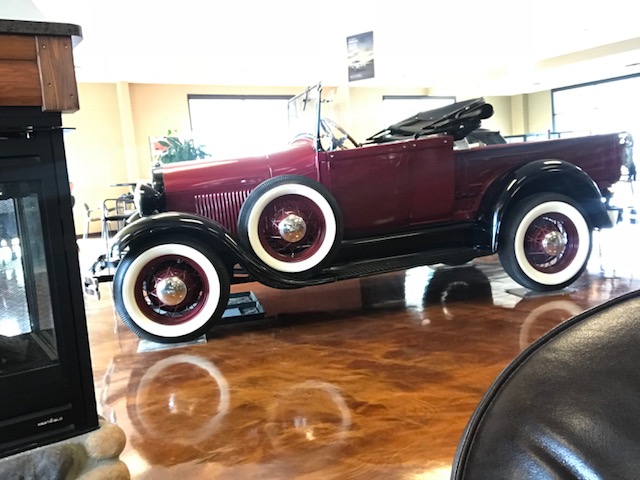 Old inventory in the showroom

With that out of the way, we plan on heading up to De Smet tomorrow and the Corn Palace the day after tomorrow. 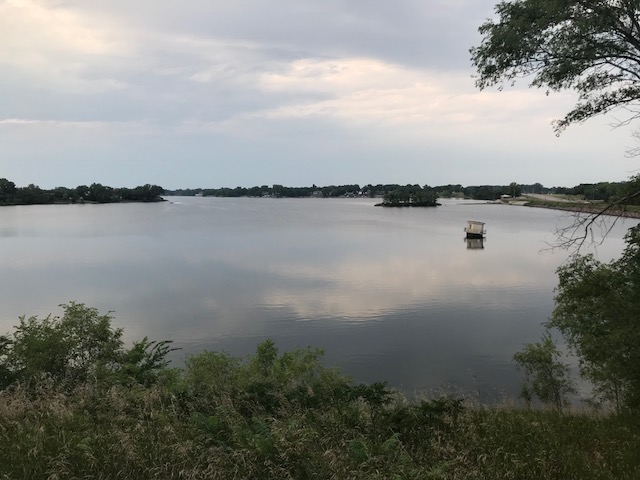 From here, we’ll be driving pretty much on through to Nashville (with appropriate overnight stops along the way).