Another long delayed update to the blog. Mostly just stuff going on around home, so we’ll summarize here.

April 8th through the 10th, we utilized our Disney Vacation Club membership to reserve a room at Copper Creek (part of Wilderness Lodge). We mainly spent a relaxing two days lounging around the pool, stopping at the outdoor lounge a couple times and making tie-dye t-shirts (a relative bargain at $16 each). 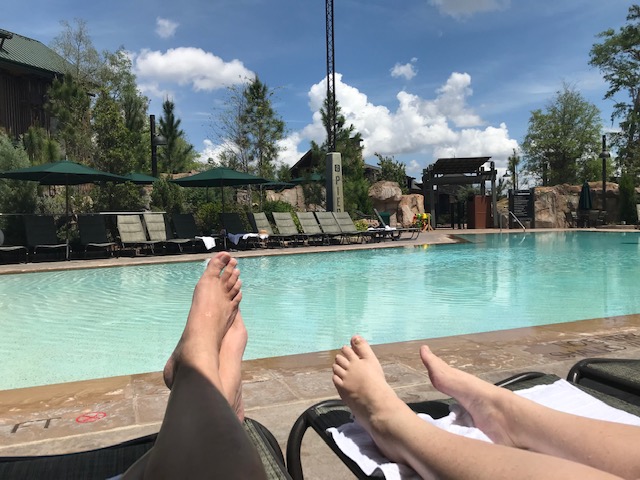 Lounging by the pool

View from our balcony

After our stay at Copper Creek, Malcolm set about doing some modifications to the entertainment center of our RV. First up was to remove the glass inserts in the upper cabinet doors and cover the door frames with vintage looking speaker material.

Next up was to remove all the cabinetry below the countertop.

The de-construction was to make way for a new entertainment center unit that we ordered through Wayfair. They delivered it to the trailer (in a box). The delivery guys were initially pretty skeptical about delivering a big box to an RV. 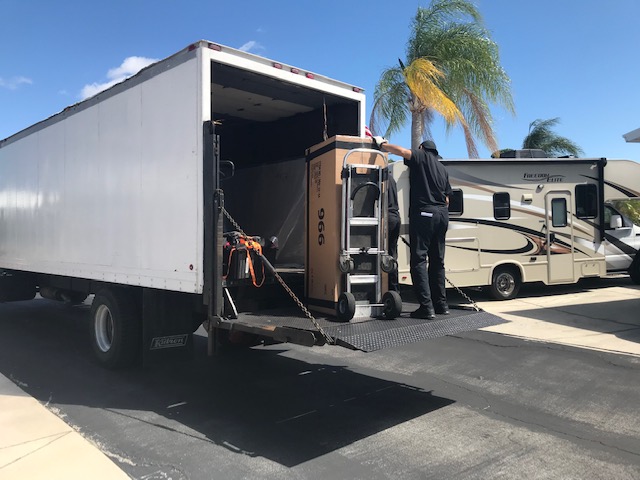 Though we measured twice, the unit was actually wider than advertised. Fortunately, it was just narrow enough to squeeze into the empty space. Malcolm moved the stereo equipment to the middle of the cabinet. He also made a slide out shelf for the turntable.

On April 25th, our son David came down to visit for the weekend. He also brought our two grand-kitties along. 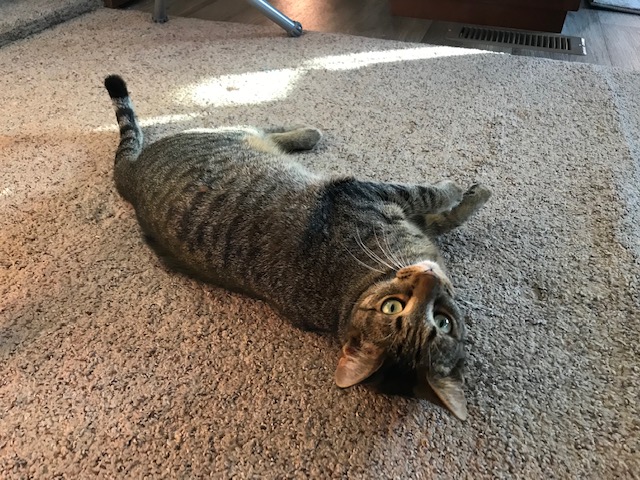 Our daughter Elizabeth flew in on the morning of the 26th. We all spent the weekend at Disney World for Dapper Days. With Elizabeth primarily dressing in vintage style on a daily basis, this event was right up her alley.

On Friday, we went to Animal Kingdom and Hollywood Studios. Though it wasn’t officially Dapper Days until the next day, we pretty much dressed up in various outfits.

Saturday was Dapper Day at Magic Kingdom park, we off we went for the day.

Brother and Sister riding the Carousel

Sunday was Dapper Day at Epcot. We all wore somewhat matching outfits.

It was a fun weekend and was the first time the whole family got together to go to Disney World. We were especially excited that Elizabeth got to come down. She flew out Monday morning. Sunday evening was kinda sad.

On May 2, we headed over to Epcot first thing in the morning to see the Blue Angels fly over. We took a bunch of pictures then headed back home so Malcolm could work. 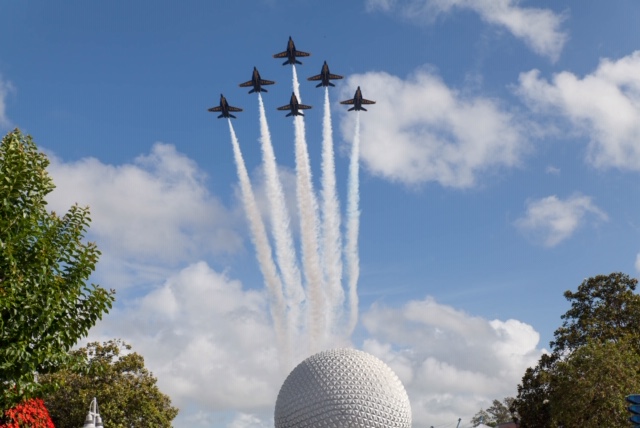 June 9th through the 15th, a friend of ours, Michael, from Pennsylvania came down with his three teenage daughters to camp out at our place. The three girls bunked in our guest house and Michael slept on a cot in our trailer. We had a great time visiting. We all went to Disney World one day of their visit. They also did a lot of local sightseeing the other days they were here. Micheal used to live in the area years ago.

The Whole Crew at Magic Kingdom

Other than those highlights, we’ve mainly just been doing normal day to day stuff. Val’s been working on various projects. Malcolm has been working pretty regular hours for his job (29.5 hours a week to keep his part-time status).

As we post this, it is July 2nd. We’re hitting the road on the 4th for our annual trip out west to visit Elizabeth, Cole and the granddaughters (and other family) in Washington state. We’ve been preparing everything over the last couple days and will do some final pack up tomorrow before heading over to Magic Kingdom for the 4th of July fireworks (they have them on the 3rd and the 4th).

We’ll get up early on the 4th and head up the road to Alabama for our first stop. We’ll try to post a little more frequently during our trip out, our visit out there and our trip back (we should be back in Florida the last week of August).