Here’s another catch-up post for you. This time it is because we’ve been having so much fun and getting in too late to organize everything into a blog post. So, here’s what we’ve been up to the past week.

On Wednesday, we took our Mt. Vernon and Arlington National Cemetery tour. Both were very interesting. We also stopped on the way to Mt. Vernon to visit Christ Church, where George Washington attended.

Here are some pictures from Christ Church and Mt. Vernon. 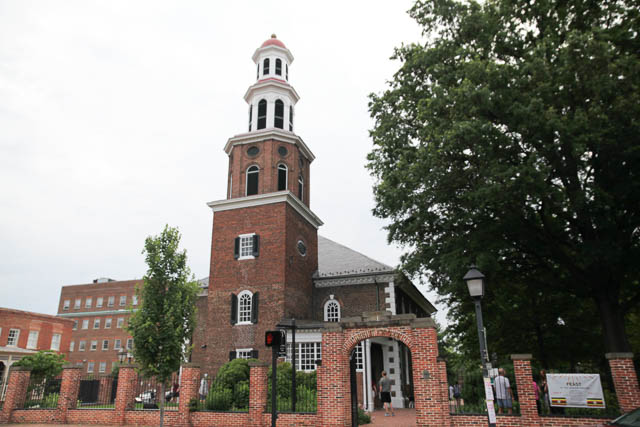 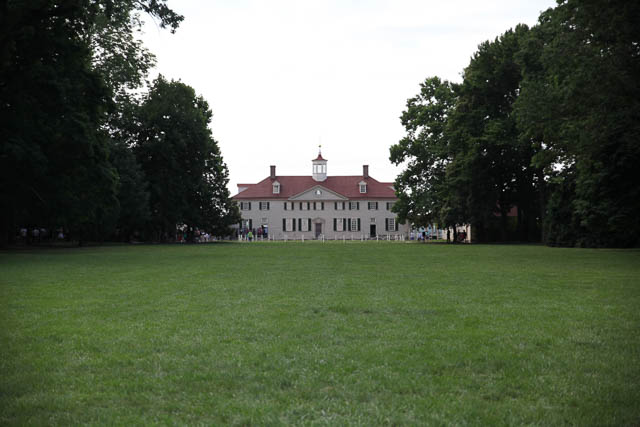 Mt. Vernon from the front. 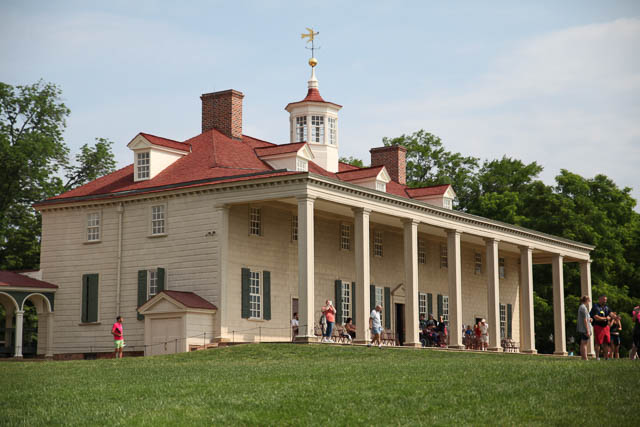 Mt. Vernon from the back

Some pictures from Arlington National Cemetery. 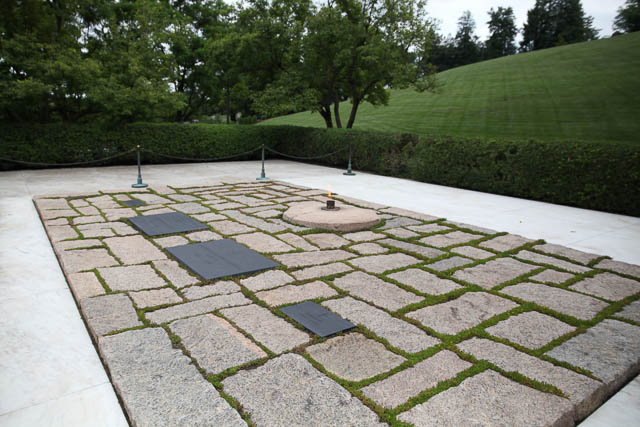 Rows and rows of headstones 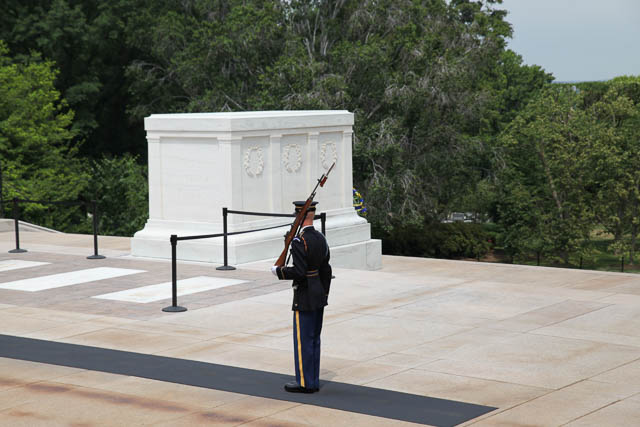 Guarding the tomb of the unknown soldier.

While at Arlington, we watched the guard change at the tomb of the unknown soldier. It was a very sobering ceremony.

Thursday night, we drove up towards Baltimore to go to Medieval Times. It was a very enjoyable evening. The food was good, but nothing spectacular. The show is the main draw. We were seated in the section cheering on the Red Knight. There were six different colored sections with six corresponding Knights. They performed various feats, including some jousting. 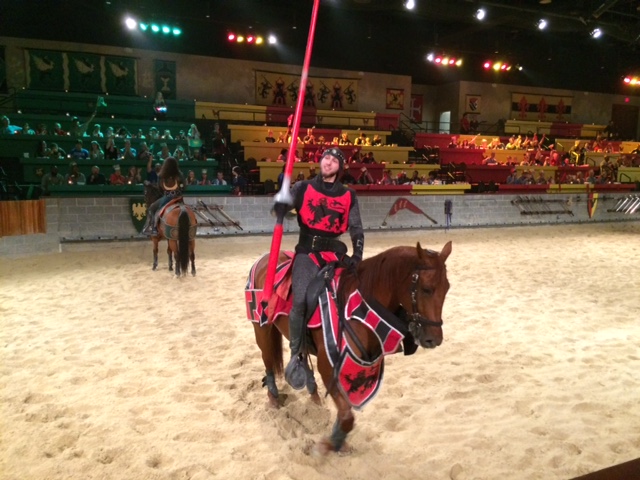 The Red Knight – our hero. 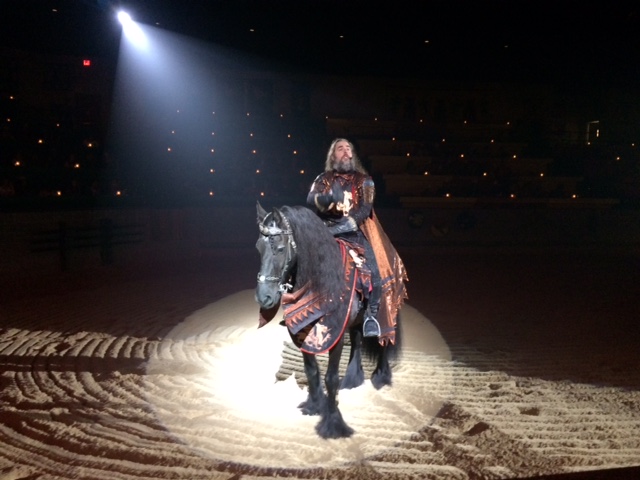 Our Master of Ceremonies on a beautiful Friesian horse.

Through the weekend, we enjoyed the company of others at our Heartland Owners Club rally. Friday night’s dinner was burgers and hot dogs on the grill. We all gathered around the Maryland Chapter Leaders’ campsite to eat dinner.

Saturday morning was a full breakfast at the same location as dinner Friday night. The rest of Saturday was a free day to do whatever you wanted. We just hung around the campground and took it easy. Saturday evening was a catered dinner at the outdoor pavilion. We had BBQ chicken and pork along with all the sides. We also took a group photo.

Group photo (a few were missing)

On Sunday, we had a continental breakfast and said goodbye to those that were leaving. We stayed until Tuesday, so we had another lazy day around the trailer.

On Monday evening, we went on the DC at Night tour. We rode into town, around town, then back to the campground on the top, open deck of the double decker bus. It was a very full tour. We got lots of great pictures. Here are a few. 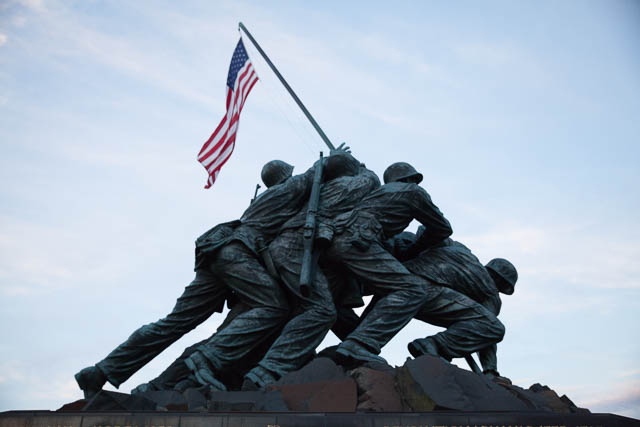 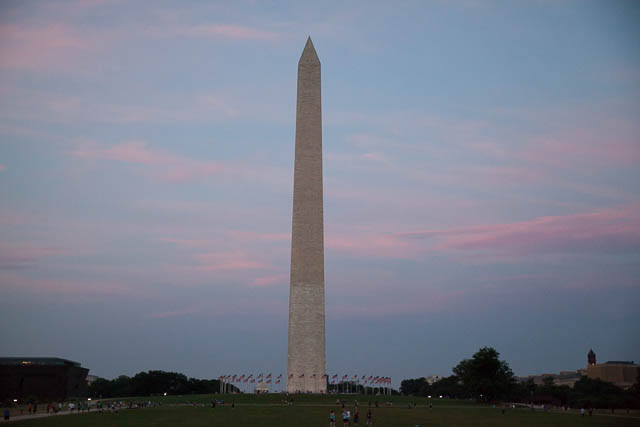 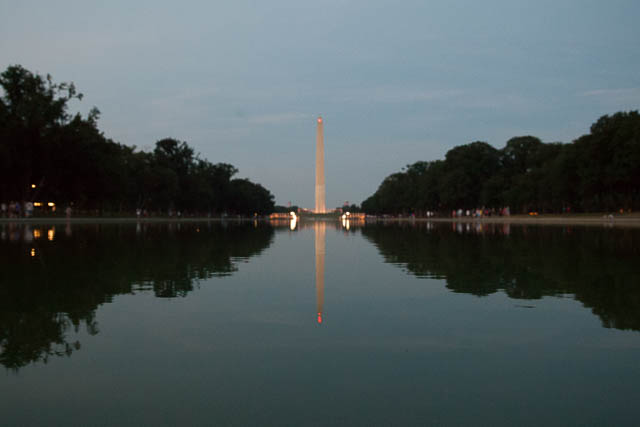 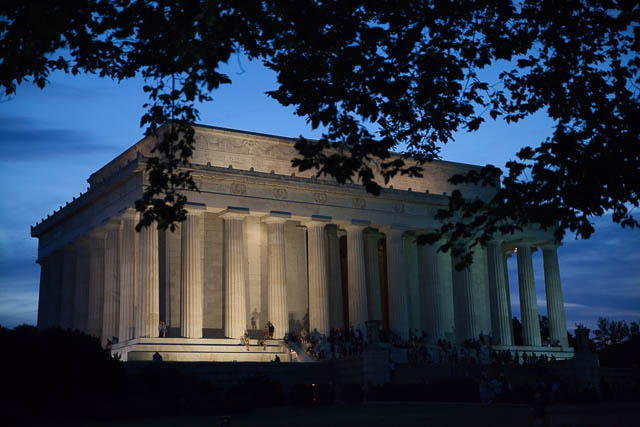 Artistic framing of the Lincoln Memorial 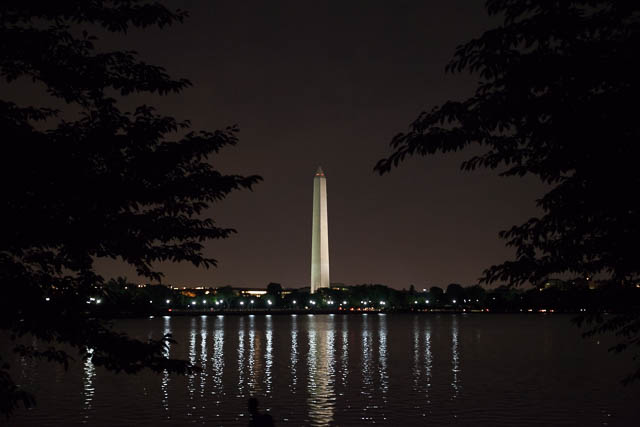 Washington Monument from the FDR Memorial

Washington Monument from between the columns of the Jefferson Memorial

This morning we said our goodbyes to a couple friends that were still left in the campground and headed out. We drove west on I-66, then south on I-81. We stopped for the night at the Wytheville KOA in Wytheville, Virginia.

When we got out to check the position of the trailer, Malcolm noticed a trail of something on the ground that the trailer was leaving. It was dripping off the hose that has the fresh water tank drain valve, so Malcolm thought it was just not closed completely. Instead of water, he found out it was hydraulic fluid from our slides or leveling system. It has been accumulating in the underbelly of the trailer and started leaking out since we had to drive up a bit of an incline into our spot.

The trail of fluid

We called a local RV mobile repair person who left his business cards at the KOA desk. He called back just a little while ago and said he could look at it, but if it involved the hydraulic hose fittings, he didn’t have the appropriate tools to fix it. We thanked him for considering it and decided we’ll just head on south as planned and figure out where to get it fixed later on.

We were going to grill dinner outside, but a front moving through had a pretty stiff breeze with it. Also, we were hearing thunder in the distance. We decided to take the campground up on their offer of cooking up some pizza for us. We ate some of it and put the rest in the fridge for leftovers.

Since we won’t be getting any repairs done here, we’re moving on tomorrow on south to probably the area of Chattanooga, Tennessee. We should be in Wetumpka on Thursday.

Never mind what your history books say, Maryland is our personal 36th state. 36th that we’ve stayed in since we started traveling, that is. But let’s not get ahead of ourselves, we still have a little bit of Virginia business to take care of first.

On Saturday, we ended up heading over to Busch Gardens again since we had paid tickets. We only had to pay for parking. The park was much busier on Saturday than it was Thursday. Malcolm got to ride one rollercoaster and a couple other rides he missed on Thursday. We also ate lunch in the Ireland area. Since it was hot and the crowds were getting larger, we decided to leave mid-afternoon.

We headed over to Malcolm’s Aunt Mary and Uncle Charles’ place to visit. Charles was out working at his hunt camp, so we missed him. We visited with Aunt Mary the rest of the afternoon. Malcolm’s cousin, Beth, and her family came over for dinner, bringing some great food along with them. We ate and visited until it was getting late, then we headed back to the trailer.

Sunday morning, we packed up, hitched up and stopped at the dump station to empty tanks. We hit the road about 9:00 am. We drove up I-64 to Richmond, I-95 to the I-495 beltway around Washington, DC, then to the park here at the intersection of I-495 and I-95 on the north side of the metro area. Traffic was snarled in one section of I-495 due to construction, but it wasn’t terrible.

All set up in our shady corner

Once we got set up at the park, we relaxed while the air conditioners caught up. At 4:00, we went over to attend a seminar they give here at the park every day where they explain all the various options for visiting Washington, DC and surrounding areas. The talk included how to ride the city bus from the bus stop at the park to a local subway station so you can ride the subway into town. There are also several different Gray Line tours that pick up here at the park and take you around to the sites. We’re thinking of taking a couple of those tours.

We headed back to the trailer and ate leftovers for dinner then sat down and watched TV for a couple hours (Malcolm hooked up the cable TV when we were setting up). We’re not real big TV watching fans, but it felt good to just chill out and catch a couple episodes of The Property Brothers on HGTV.